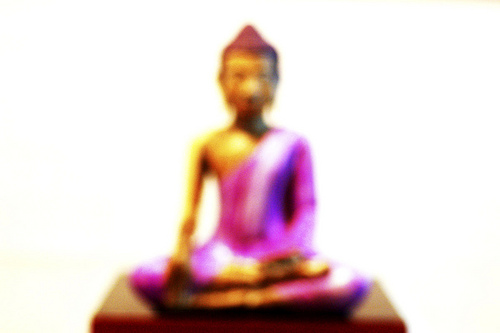 A recent article in the New York Times, Building One Big Brain,  prompted me to write up the next skill in this 12 part series. The piece quotes Nicholas Carr’s opinions about how the Internet is reducing the “capacity for concentration and contemplation,” scattering our attention and reducing our ability to focus.

It goes on to posit that “technology is weaving humans into electronic webs that resemble big brains.” (It’s nice to see this concept going mainstream… we talked about that idea here last November in the ‘Twitter’s Intelligent, Welcome to Web 3.0” post ). The next stage in the line of thinking is that this process is part of our species evolution:

Could it be that, in some sense, the point of evolution – both the biological evolution that created an intelligent species and the technological evolution that a sufficiently intelligent species is bound to unleash – has been to create these social brains, and maybe even to weave them into a giant, loosely organized planetary brain? Kind of in the way that the point of the maturation of an organism is to create an adult organism?

The article didn’t treat the evolution of technology as something that was going to happen outside of us, such as a machine intelligence that will outpace us, as the technological singularity implies. (which may also happen, though). Rather, it suggests something more akin to a process of evolutionary development, in which interconnectivity and cooperation will indicate a move towards higher intelligence. The ideas reminded me of the work being done by John Stewart and the Evolution, Complexity and Cognition Research Group on intentional evolution. Check his Evolutionary Manifesto.

As someone who spends much of my time online, both of the premises of the article – decreased focused attention and increased potential for a distributed consciousness – do resonate. But, I do wonder if an intelligent planetary brain is going to emerge without some intention and conscious awareness on our part.

Call it Presence, the Buddhist concept of Mindfulness, or a version of meditation, but I see this increase in hyperconnectivity forcing us to adopt some type of mental practices in order to be highly functioning and effective humans. While the Web is a tool that does allow us to extend our minds, our identities, and our worldviews, it can also be a trap that sucks us in to compulsive behaviors that can be practically incapacitating. I experience it myself – trying to read every semi-interesting thing that is emailed to me, scouring Twitter for that must-read article that’s going to really matter, or chatting and ideating with friends nonstop. At some point you step back and realize you’re operating in a reactionary state most of the time, attempting the impossible task of “keeping up” with the information flow or chasing after every tangent.

Where is our practice that reminds us to reassess the situation, recontextualize, and be present and aware of our thoughts and actions?

A globally interconnected network of scattered thoughts doesn’t sound intelligent – it sounds chaotic. Both on and off the web, if we allow ourselves to be pulled around by every distracting force around us, do we really think we’re going to magically evolve? And what do we mean by evolution? Just being connected doesn’t guarantee growth. If we aspire to move up the ladder of consciousness to higher ideals like self-reflectivity, cooperation, compassion, and empathy, will it not require some intentional awareness?

We’ve seen the studies that meditation/mindfulness boosts attention span as well as mood and mental toughness. But it also makes us think a little bit about the role of the self and how that relates to the other – about what we are, why we think what we think, how our thoughts and behaviors are influenced by our minds and our environments, how to tap into deeper intuition and clarity, how to filter through the noise to get to what matters, and how to even decide what matters when our consciousness is expanded to be inclusive of the whole of humanity.

Sure, the world is fast and complex, but it seems that much of what distracts us is due to our own inability to ground ourselves and choose to turn our attention to what we truly value. The system is set up so that it’s all too easy to be on auto-pilot, going through motions without needing to be consciously aware. But we may not have that luxury for much longer. It’s interesting that was once considered an exclusively Eastern practice or a New Age fad may very well prove to be an essential skill for survival and sanity, thanks to the strain imposed by our technological advancements.