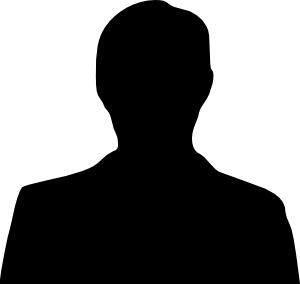 In a recent article in The Economist, futurist Paul Saffo claims humanity’s overdue for a new god. He points out that throughout history, great new religions took shape during times characterized by uncertainty and social unrest, combined with an ability to spread compelling new ideas and world views virally.

And here we are today, he says, equipped with the Web as our communication channel, and a cultural climate bubbling with that same potential for something new to emerge. The article ends there, with only an image of worshippers gathered around an iPad to suggest where we might be placing our faith next.

It was just a prompt, but it’s made me wonder.. is this where we’re headed? Will the next “great” mythology be a story about how technology is going to save us? And can we do better?

Externalizing our saviors, whether in personified gods or computerized devices, is a convenient way to bring us hope when we feel powerless or misdirected, but it can also relieve us of the burden of taking responsibility for our actions or inactions.

We continue to grow more connected, more informed, more intelligent, and more dangerous. Many are aware that the fictions being thrown around about how the world works are just that – fictions. Things are not working all that optimally, and that reality is only thinly veiled. We see the shift underway – with some trying to reveal “truth” by making information free, allowing open communication across borders, and giving people the tools to decide for themselves what’s what and how they want to live and participate. Opposing that effort, as has always been the case, are the ones terrified to lose control.

But how much longer can we continue this charade? It’s clear that our environments and economies are interwoven. We impact each other more and more every day, and our commonalities become apparent just as quickly as our differences. We must be nearing a tipping point.

Can we find a common ground? Can we put the games aside and be honest about things, perhaps agree upon some baseline for sustainability and thrivability on the planet? Can we wake up to our own potential to change the way things are and shape the way they can become?

Or or ideologies too entrenched? Are those in power too enchanted by their own stories to even attempt a reality that could be better for us all?

And while we watch those bigger forces biding time and maintaining illusions, we are given the option to become the change agents – to influence, inspire, and lead ourselves into a brighter future.