As part of The Future of Facebook Project, we’ve been tapping the wisdom of crowds to explore the opportunities and pitfalls for this company and its userbase. We asked the experts 15 questions, and have posted those same questions for the public to answer on Quora.

A few days ago I posted some answers that were given for the question “What are some key issues that could impact the future of Facebook?” Today’s post is on ‘the biggest threat.’

Feel free to post your response here in the comments or on Quora at ‘What is the biggest threat to Facebook?’ We’ll be keeping tabs on the most provocative responses, and inviting those folks to be included in our final video series for the project!

Here’s a few of the responses you’ve given so far:

How can the public be reassured they can trust a company that is mapping increasingly robust profiles about user preferences, interests, and social connections?

Even Gawker got hacked and we can’t blame Facebook for accessing our information to sell ads. Why don’t we trust Mark? We give our bank account numbers to Paypal and Prosper, our birthdates to just about any site on the web, and our business cards to local prize drawings, so why are we so terrified what Facebook is doing with our baby pics? Facebook is a free service, which needs to generate revenue, which is does through ads, and we hate on them for it. Do we trust LinkedIn more because they generate money through Pro memberships and corporate pages? Ignoring the regulation which is petty and an ongoing battle as corporations find ways to skirt it, a site with a different revenue model could ensure trust. – Kari O’Brien (@KariOBrien)

Will Facebook’s rapid growth attract the attention of governments and regulatory scrutiny?

Facebook has literally changed the way individuals, groups and organizations communicate, engage and interact. It’s been credited with playing a role in recent revolutions as well as being careless with the privacy of its members. Facebook is a force and it’s only going to get bigger and more integrated into our lives. For this reason, a lot of folks will be keeping an eye on it from governments to activists to watchdogs to the media. Facebook can in a sense become a victim of it’s own success if it moves to quickly or draws too much attention to itself—potentially prompting calls for regulation.  – David Armano (@armano) 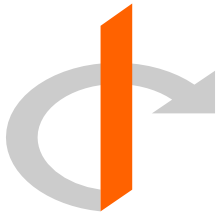 What are the alternatives for personal identity verification on the web?

Any identification alternative is what Facebook would say is their biggest threat. They are moving to become a “reiteration of the internet” through Facebook ID which other sites like Slideshare are using to “verify” who we are. This identification system isn’t just good for marketing, it’s good for security, it’s necessary for custom portals and personalized experiences across the web, television (Apple TV, etc.) and mobile. Create the ultimate ID and you own the web. – Kari O’Brien (@KariOBrien)

Will users choose control of data over the conveniences Facebook offers?

Users will one day realize that they need not rely on the whims of a hub-like website like Facebook to make decisions about their (private) personal data for them and profit from it. – Alan Alves Fortes (@alvesfortes)

What do you think?

18 thoughts on “What is the Biggest Threat to Facebook?”