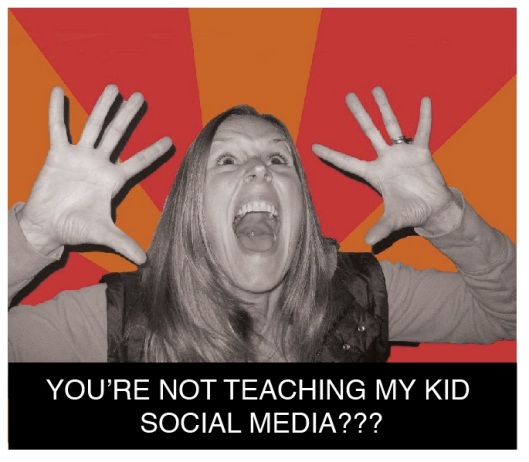 I read an article the other day on John Merrow’s blog, titled ‘Technology in Schools: Problems & Possibilities.’ In it, he outlines three fears he has concerning the implementation of emerging media technologies into education:

1. the digital divide (gap between people with access to technology and those without)
2. schools will resist innovation and become irrelevant
3. schools will not use technologies in a strategic way

I spend a lot of time thinking about social technologies and the role they’re playing in our lives now and into the future, and I feel that though John’s fears are justified, they may prove to be unfounded as time progresses. Here’s why:

I agree that access to technology may be an issue (for now), but the barrier is continuing to drop. Frame it in terms of Moore’s Law or Kurzweil’s Law of Accelerating Returns, but either way, the rate at which technologies become more powerful and robust continues to increase, while the costs associated with producing them goes down. Based on this, the question of whether an individual from a lower income bracket can gain access to technology may become a moot point.

And I don’t think that means that all of a sudden everyone is going to have a computer at home. But what it could mean is that the ‘have-nots’ will get on equal footing via technological leapfrogging. As upcoming mobile technologies continue to transform cellphones into portable, handheld computers, it’s not hard to imagine that there will be a segment of the population that goes straight from no access to having smartphones that keep them fully connected. If you take a look at the latest Mobile Metrics Report by Admob, you’ll see that the mobile web has been experiencing massive growth globally. (ReadWriteWeb summarized the report nicely here).

So, in my mind, we don’t have to be in fear of a growing digital divide – if anything, we’re going to see it exponentially shrink.

Yes, I certainly agree with this. Schools, like governments, are institutions that are notoriously slow to adopt new practices and adapt to change. By resisting integration of some technologies and blocking access to others, schools are creating the potential for a huge shake-up in the trust and validity we put into them.

Social Media isn’t a wild animal that needs to be caged and trained before it’s allowed to be pet by the neighbors. Social media is a paradigm shift in how humans communicate. If schools stop teaching students communication skills, we’re in trouble.

I don’t know if this is a case of ‘innovate of die,’ but if educational institutions don’t wake up, there will be a groundswell, and ‘the people’ will create solutions that are not dependent upon traditional learning structures.

I’d argue that in many ways this is already happening just in the act of participating in the social web. There’s so much to be said on that idea alone, I’ll save my expansion on it for an upcoming post.

Like any project that is pursued with enthusiasm but without structure, trying to integrate social technologies into the classroom without a framework will fail. There are many, many individuals and organizations busy developing guidelines and best practices for how to teach ‘new media literacies’, so I will just provide a few examples as a reference. The MacArthur Foundation launched a $50 million digital media and learning initiative a few years ago, and has funded many great projects already. One that immediately comes to mind is New Media Literacies, a project pioneered by Henry Jenkins and the Comparative Media Studies program at MIT, which has a wealth of information to help educators effectively integrate new media into the classroom.

There will be a learning curve, especially since best practices are still being established, but fear cannot be the determining factor in whether technologies are implemented or not.

(BTW, for any ‘social media expert’ out there who wants to devote some time to learning how to apply their craft to the educational setting and do some consulting, there’s a huge opportunity there for a lucrative business model.)

I think this whole conversation requires a reorientation of how ‘social media’ is approached. Defining it as something that can exist separately from education is simply misguided. Information is coming at us at a dizzying pace, and social technologies are tools that help us filter the flow. They allow us to share, discover, and grow. We can digest information together, collaboratively refine our thinking, and restate ideas in new ways to help make sense of it all.

In essence, social media is a mandatory 21st century literacy, a set of communication skills that MUST be learned if we want to prepare today’s youth to be able to participate effectively in the global marketplace.