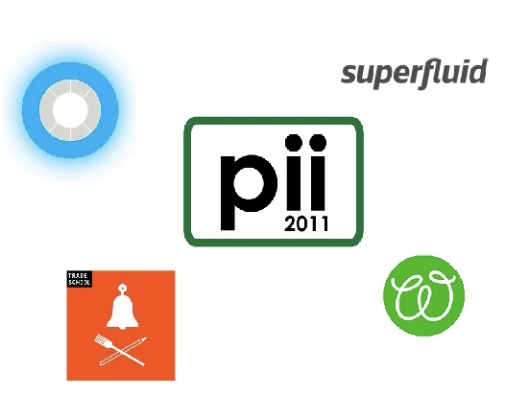 I’m out in California right now, after having been invited to present at the privacy identity innovation conference, focused on ‘Building Trust in a Digital Age.’ The organizer had seen the writeup I did on Forbes – The Bank of Facebook: Currency, Identity and Reputation – and thought the angle might be a provocative one for the identity community to chew on.

Since the Future of Facebook Project team and I have just been wrapping up our first video in the 6 part series (FOFB: Economy), I figured I’d fly out and screen the rough cut for them and gauge the reaction.

And what an interesting reaction I got.

The title they gave my presentation was “Reputation as Currency,” which seemed to be an unwelcome concept.

After the screening, I said that I hoped the video might spark people’s thinking about the expanding definition of currency, and how reputation and online identity were evolving to become currencies in and of themselves, and in turn how personal data was becoming a new asset class.

The idea was that if the everyday non-techie person could imagine their online information as a currency or “money,” they would begin to wake up to the fact that this is very valuable information that they should demand as their right to own. It’s a step.

As soon as I finished talking, well-known technology commentator and entrepreneur Esther Dyson took the mic and challenged the idea that reputation could be a currency, which led to a few others also debating the definition of what “currency” means.

I fell down the rabbit hole of exploring this topic when I put together the Future of Money video for the SIBOS financial services conference last fall. That video was focused on the ways people were beginning to exchange value in non-monetary ways or augmented ways based on social media platforms and virtual currencies. The bankers weren’t thrilled about that message either.

I’ve been following developments in currency since then, and have been generally inspired by the multitude of services that are blossoming that encourage people to share resources, barter, swap, collaborate, or generate value in sometimes unexpected new ways.

These social and economic behaviors are being facilitated by a number of virtual currencies, backed by everything from the social capital of a community to a basket of carbon futures.

So, can reputation be a currency?

The idea was popularized by Cory Doctorow’s book Down and Out in the Magic Kingdom, and built upon further by Tara Hunt with the book The Whuffie Factor. But let’s break it down.

1a. a circulation as a medium of exchange

1b. general use, acceptance, or prevalence <a story gaining currency>

2a. something (as coins, treasury notes, and banknotes) that is in circulation as a medium of exchange

2c. a common article for bartering

2d. a medium of verbal or intellectual expression

So, if a currency is a concept of a thing that acts as a medium of exchange, we’re already given leeway to imagine any number of things to be assigned to that medium.

For instance, superfluid uses Pints as a currency to enable people to collaborate on projects, Empire Avenue is a stock market simulation social network game that lets you buy and sell shares of people using Eaves as a currency, and Dibspace uses Dibits to enable growing businesses to exchange services. In Africa we’ve seen the rapid growth of M-PESA, which uses cell phone minutes as a currency.

Does currency have to be fungible?

Currency is associated with fungibility (though not critically dependent), as Esther pointed out, and reputation is not fungible.

But, we are only at the front end of this evolution, and it is not impossible to imagine how reputation currencies could take the High-Speed Train to Fungibility Town (now departing from Acceleration Station). This is the idea Art Brock proposed with The Metacurrency Project, which is “building tools and technologies to open source the next economy.”

One could also consider the metaphor of carbon credits. Before we could count them, carbon credits were not liquid and certainly not fungible – then gradually they became so. Now you can trade units of pollution. Reputation, along with many previously uncountable (and thus untradeable) units, is on a similar path.

So, Esther is right to point out that reputation currency is early and clunky and not altogether fungible, but wrong in the belief that reputation isn’t becoming a currency that will grow increasingly fungible.

A Cambrian Explosion of Currencies

Currencies are not just money, but mechanisms and systems that change the flows of attention, trust, participation and value in an information economy – like frequent flier miles, eBay ratings, votes, coupons, gift certificates, and social scoring metrics.

As we continue to move down the path of quantifying and mapping everything, any number of metrics can and will evolve to become currencies used to make economic, social, or political decisions.

A topical article was just published in TechCrunch today – Bitcoin, Ven and the End of Currency –  written by Stan Stalnaker of Hub Culture. A great overview and more eloquently put than I could have managed in 2 minutes at the podium yesterday. An excerpt:

We need to urgently think about how the blurring of lines between currencies and everything else will affect us, our relationships, and our physical economies.  How we create and measure value is going through a change that has not been seen in over 600 years—since the emergence of the first systematic nationalized currencies. It is profoundly affecting the central vs. distributed control of value, and the archetypes that surround how we measure value.  It is a snowball today, but tomorrow it is an avalanche.  Just watch.

I don’t believe that the world will end up with a single global currency or a single reserve currency, but in the very near term a network of reserve currencies will allow humans to pick and choose new options for trade. In fact, they are already here, and those mentioned are just the first.  In the long term, these currencies, along with everything else of value, will be measured and represented on a unified system—most probably the Internet itself.  The result of this will be the end of currency and the emergence of Singular Value.

The rise of Singular Value implies more efficient capital markets and the potential for ongoing GDP expansion. It implies a hybrid of fixed asset values and the more efficient monetization of knowledge, which is continually expanding.  This combination could lead to an expanding supply of value relative to hard assets, which are almost certainly subject to peak resource pressure in the coming period anyway.  The tension between these two assets and their relative value will set the agenda for much going forward.

What will be the consequences of losing control of our money supply to the Internet, and is there anything that can be done to avoid this outcome? The answer, as far as I can see, is a systemic rigidity of crushing proportion. Governments will not choose the value of their money, or be able to ease or tighten supply at will. One thing is clear: those who start learning to speak this new common language now will end up ahead of those who don’t.  As for the concept of nations, built on tax and central monetary authority? Could the Internet itself someday control “our nation”? Will it be benignly totalitarian? It is food for thought.